The Flash (show) is rated TV-PG by the MPAA

The Flash is a great show for anyone who likes superheroes. The Flash’s name is Bartholomew Henry Allen, or people call him Barry. He got his powers from a lightning bolt and chemicals that he was knocked out by. He was in a coma for nine months before Harrison Wells took him in, and after a couple of weeks he woke up with the ability to run faster than any human. He was called the Red Streak for three or four episodes before getting the name Flash from his best friend Iris West. Barry Allen is a Forensic Scientist (CSI) which means he helps solve murders because of his mother dying. His mother was killed by something like the Flash but it wasn’t, so Barry’s father got framed by this Reverse Flash. 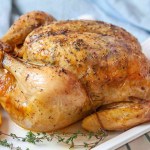 I like chicken, my favorite color is green, I like taking pictures, writing is my thing, and I like to make people laugh, I can't sing.