Every year, the National Women’s History Alliance, an organization focused on honoring women’s history, releases a theme for Women’s History Month. This year the theme is “Women Providing Healing, Promoting Hope” which seeks to honor both the healthcare workers and caregivers throughout the pandemic and also those women who have provided healing in many ways all throughout history. Going along with the theme, below are several women who made substantial contributions to the healthcare field throughout history:

Susan LaFlesche Picotte was the first Native American woman in the US to become a doctor, after graduating from the Woman’s Medical College of Pennsylvania. She was inspired to pursue a career in medicine after a tragic incident in which a Native American woman died after a white doctor refused to care for her. She accomplished much throughout her career: treating a population of 1,300, maintaining a private practice open to all patients, and opening a hospital in Waterhill, NE, a remote reservation town.

To many parents, the Apgar Score is very familiar: it is a test given to newborns after birth to assess their health. Virginia Apgar is said to have developed the test, which has saved many babies who otherwise would have died due to ineffective guidance for physicians regarding assessing and treating newborns. Besides the Apgar score, Apgar also was the first director of the Columbia-Presbyterian Hospital’s anesthesia division, and also studied the effects of anesthesia, labor, and delivery on a newborn’s health. She went on to receive a master’s degree in Public Health from Johns Hopkins University, and brought public attention to ways to prevent birth defects.

Patricia Goldman-Rakic’s work on studying the brain produced a number of breakthroughs and shed light on a number of neurological conditions including Alzheimer’s, schizophrenia, and Parkinson’s. She graduated with her PhD in psychology from UCLA and also went on to work at the Yale School of Medicine, while also conducting research at MIT and the National Institutes of Health. She mapped the prefrontal cortex, which at the time was considered too difficult and complex to research. She published over 200 papers and was continually contributing to the field, being remembered as a wonderful mentor to younger researchers and a remarkable researcher. 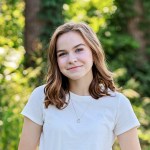 I am a senior at City and a guest author with the City Voice! I am passionate about women's rights and am also involved with Girl Up, NHS, band, and Student Ambassadors.