In a characteristically clean presentation dominated by the headlines of a new iPhone — the iPhone 13 — Apple also unveiled new technology offerings including a new and improved Apple Watch Series 7, an iPad Mini with the new A15 Bionic silicon chip, and an iPad with the former A13 Bionic chip.

However, much of the excitement generated by the online event still swirled around Apple’s flagship product line: the iPhone. Adopting the same pricing models as last year’s iPhone 12, Apple’s new iPhone 13 ships in four different sizes and makes: the iPhone 13 mini (5.7 in.), the iPhone 13 (6.1 in.), the iPhone 13 Pro (6.1 in,), and the iPhone 13 Pro Max (6.7 in.). With iPhone 13 base models varying in price from $699 to $1099, the net difference in price between the previous generations of iPhones and the new iPhone 13 remains unchanged; even as companies face silicone chip shortages and extended chip lead times that increase the cost of production.

However, as Dan Gallagher, writing for the Wall Street Journal, was quick to point out, not all is as it seems: “[Apple Inc.] seems to have figured out how to deliver a price increase only to customers who choose it.” By deliberately including larger upgrade options—up to one terabyte for the Pro and Pro Max models—for more storage in this year’s models, average pricing for all new iPhone models actually increased by 11% over last year’s prices. Comparing last year’s mean iPhone price at $999 with this year’s mean price at $1,106, it becomes apparent that the company is trying to absorb the increased cost of production for new product base models while “taxing” its more devoted users who prefer larger capacity tech in order to recoup lost profit margins.

As for the new iPhone features announced at the company event, the new iPhone lineup features startlingly few meaningful upgrades compared to its predecessor — the iPhone 12 — including “cinematic” camera software, a 3X telephoto lens for the Pro models, a faster processor, a 120 Hz refresh rate screen, and a battery that, according to Wall Street Journal Senior Personal Technology Columnist Joanna Stern, runs for two days with the gargantuan Pro Max model. As New York Times correspondent Brian X. Chen put it: “The new iPhone is 10 percent faster than the last one, and the photos are slightly better. In a word: Huh.” For longtime Apple users, these improvements look like tradition with every iPhone installment. Whoop-de-doo.

While a gross oversimplification of the actual features, the underwhelming innovation put forth by Apple Inc. indicates something bigger: that the company may be done trying to incorporate blistering new technology in favor of slowly building up a new consumer base of hyper-Apple addicts who are willing to put forth money for every incremental upgrade possible.

Indeed, as Apple Inc. continues to bring about minute changes to its iPhone lineup every year, and offers a new iPhone shape with every third annual refresh, the general trend is that Apple has ditched the mentality of innovation at every step of the development process in favor of more polished products that appeal to consumers willing to cough up the extra money for incrementally better Apple products.

And for the Apple users who tangentially consume their products, should you upgrade? The reality is that Apple’s latest move has just brought forth last year’s model in a new shell. Unless you really itch for the latest and (fractionally) greatest, maybe hold off on pre-ordering that glass slab of Apple-flavored tech. 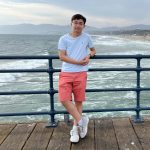 Image credit Carles Rabada, free to use under the Unsplash license