Starting on January 31st, Elon Musk, the self-described “Technoking of Tesla,” began buying stock in Twitter. By April 4th, Musk announced he had acquired 9.1% of Twitter’s overall stock profile, making him its biggest shareholder. Finally, on April 25th, Musk launched a 44 billion dollar deal with Twitter to own all stocks within it. As the richest man on Earth, this is not an incredible sum to Musk, but he did have his reasons behind the purchase. In his official statement, Musk claimed that he wanted to increase Twitter’s commitments to free speech, calling that right “the bedrock of a functioning democracy.” But he clarifies, “By ‘free speech, I simply mean that which matches the law,” Musk tweeted. “If people want less free speech, they will ask the government to pass laws to that effect. Therefore, going beyond the law is contrary to the will of the people.”

Essentially, this means that Musk likely plans to remove content moderation of Twitter that goes beyond government legislation. While a controversial decision among the community of Twitter, Musk has some undeniably helpful changes planned for the social media platform. Among these is putting an end to cryptocurrency scams, as Elon’s own account has been subject to hacks to push cryptocurrencies. “Twitter is spending engineering resources on this bs while crypto scammers are throwing a spambot block party in every thread!?” he Tweeted on January 21st.

In addition, he wants to add highly anticipated features like an edit button for Tweets and allow users to choose what algorithms they use to sort through Twitter. While a controversial purchase, Elon Musk has many plans for Twitter, and it is clear he has enough money to go through with them, and change Twitter for the better, or for the worse. 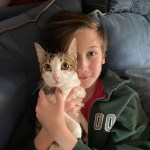 My name is Julian Wilson, I'm in 9th grade, I like writing about current events and I get bullied by my two cats.

"Elon Musk Dreaming of a Brighter Future" by jurvetson is marked with CC BY 2.0.