The war in Afghanistan appears to be coming to an end, closing yet another chapter in the War on Terror. General Scott Miller, commander of the foreign forces in Afghanistan, confirmed on April 25th that the United States has officially begun its withdrawal from the country. Having been started in 2001 as a response to the Taliban’s sheltering of the terrorist group Al Qaeda, the war is scheduled to end on September 11th of this year, making the conflict in Afghanistan America’s longest war on record. Although the official start date for withdrawal is May 1, local actions are already being taken by the military.

As of April, there are still 3,500 troops in Afghanistan, but they are scheduled to leave alongside 7,000 NATO and allied forces and the majority of the 18,000 private military contractors in the country. The US will still be providing support and funding for the Afghan military in their fight against the Taliban, and they will be leaving them military equipment. There is still potential that American military presence will increase before September 11th in order to help with the withdrawal, however, and the aircraft carrier USS Dwight D. Eisenhower has already reported to be stationed in the area until that deadline.

President Biden views the date September 11 as a fixed deadline, and the withdrawal is not conditions-based, according to Vox. This is a particularly controversial decision, coming at a time when Taliban attacks are only becoming more frequent. Some security experts question whether the Taliban will allow the United States to exit the conflict peacefully given that they view America as an invading force. Others are warning that an absence of western troops could lead to a power vacuum in the region.

So how does the United States plan on keeping stability without a formal military presence in the country? Though no official plans have been drawn yet, we can expect some sort of change in tactics. For one, the use of drones in Afghanistan will likely increase, according to the BBC. Drone strikes have proven to be highly effective in the past, keeping insurgents on their toes at all times, but they have also proven to be controversial, with the ever present risk of harming civilians in attacks. We can also expect some new military bases to pop up around the region, with potential locations being Pakistan, Oman, or even Central Asia. Counter-terrorism methods are going to be harder to implement and future stability of the country will be heavily reliant on the effectiveness of Afghan forces. For America, however, ending the war in Afghanistan will be its own reward. Avoiding a withdrawal could potentially draw the US into even more conflict, and, according to President Biden, “War in Afghanistan was never meant to be a multi-generational undertaking.” 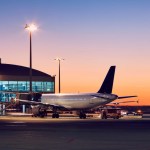 Hello, I am Sebastian Padilla. I'm a fan of geopolitics, culture, and anything in between.

"Afghanistan patrol" by The U.S. Army is licensed under CC BY 2.0