November 3, 2020: Emotions around the country were at an all time high, with anxieties, hopes, and fears spilling over into what was on its way. I think it’s safe to say that on that night nearly all US citizens were diligently watching their screens. The race was tight, flipping with every state’s votes. The possibility of inaccurate counts and mandatory recount claims were sprouting like weeds in the unkept field that is America.

In the days to come no one knew what would happen, all that was known was that no matter what there would be anger, resentment, and danger. Four days of refreshing search engines and carefully watching more and more red and blue color the screen followed. We were all waiting on Pennsylvania,  whoever won there would win the election and become the next president of the United States of America. It was the morning of Saturday, November 7 when the final count came in: Joe Biden had beaten incumbent President Trump and would become the next President.

January 6, 2021: A calm Wednesday snow was falling across the country, but something was brewing, and it would soon boil over. Two weeks prior to the Inauguration, the votes were being verified by the House of Representatives to certify that Joe Biden had won the electoral vote. As the day continued, more and more Trump supporters filled the Capitol yard. What started as a protest would soon become a national emergency.

Soon Trump supporters would break into the Capitol building and raid Congress. State representatives hid behind rows of chairs in the balcony while the votes were being carried away. Lockdown had set in while one congressperson had begun filing for impeachment. Mass destruction was all that could be found. Offices were torn apart. Trump flags filled the halls. Officers were trampled.

January 20, 2021: At 11:52 am on Wednesday, the President was sworn in at an almost star studded inauguration with performances from Lady Gaga, John Legend, Garth Brooks, Katy Perry, and Justin Timberlake. Most notable was President Biden’s inaugural poet, Amanda Gorman, who delivered a poem about the prosperity of America, about the strength of this imperfect country, and about the necessity of perseverance through difficult times. The most shocking part of this day was that Biden was  inaugurated at 11:52 rather than the scheduled 12:00, which caused many citizens to miss the actual inauguration.

In the days, weeks, and months since the election, the Biden-Harris administration has done many things, and plans to do many more. One of the most notable being the push for vaccinations, the goal being to vaccinate every citizen of the country, although only two out of every three eligible Americans have been fully vaccinated so far. To improve vaccination rates, the White House is offering “unprecedented levels of federal support”, as part of the American Rescue Plan. Now the main goal is getting children between the ages of 5 and 11 fully vaccinated, as they have recently become eligible for COVID-19 vaccinations.

Going forward, President Biden has quite a few issues he would like to address. The most important goals include increased action against COVID-19, climate change action, racial equity and the fight against systemic racism, working through inequality in the economy, affordable and effective healthcare, immigration, and finally the reestablishment of “America’s global standing”. Though this is a long list of promises that will take more than the next three years to accomplish, President Biden hopes to make progress in all of these areas and create better systems. 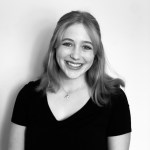 Junior at City. Loves listening to music, biking, and hanging out with friends and family.