Michigan politics have recently made national news for the comments of Robert Regan, the Republican candidate for State Representative in Michigan’s 74th House district. On a Zoom meeting, Regan used a horrifying analogy, comparing rape to those who were not fighting to overturn the 2020 election results, which Regan falsely asserts were impacted by fraud. He stated, “I tell my daughters, ‘Well, if rape is inevitable, you should just lie back and enjoy it.’”

In June 2020, when Regan ran unsuccessfully in a neighboring state House district, his own daughter, Stephanie, took to Twitter to share her feelings. She stated, “If you’re in Michigan and 18+ pls for the love of god do not vote for my dad for state rep. Tell everyone. I don’t feel safe rn sharing further information regarding his beliefs, but please look him up and just read for yourself.” Regan’s campaign website states goals of making English the official language of Michigan, the right to keep and bear arms, and illegalizing abortion, without exceptions. He is also currently under fire for his public support of QAnon and for calling the COVID-19 pandemic and Russia’s invasion of Ukraine “fake.”

Because the House seat is vacant, a special election is to be held on May 3rd. The 74th district is historically Republican, with Huizenga winning 63 percent of the vote when elected to the seat in 2020. Regan’s Democratic opponent is Walker City Commissioner Carol Glanville. Glanville’s campaign is based on a platform of education, economic development, and the environment.

Comments that normalize and downplay rape are unacceptable and should be disqualifying of any candidate. This is not the first time comments like this have been made by politicians. Similar sentiments have been shared by former Missouri Congressman Todd Akin and Texas state Representative Jodie Laudenberg. The fact that these comments are not rare is alarming and displays a culture of misunderstanding rape and consent.

The 74th district is heavily Republican. Although this fact favors Regan, even established Republicans like Huizenga have condemned Regan. It is extremely important to vote for Glanville in this election, as well as to spread the word. Election day for eligible voters is May 3, 2022. In Michigan, voters can register at age 17.5, online at https://mvic.sos.state.mi.us/registervoter. Women deserve better than to be represented by men who disregard their bodily autonomy. 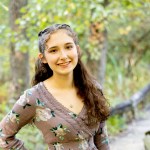 Hi, I'm Tatum Fettig and I'm a Senior at City and a Guest Writer for the City Voice. I'll mostly be writing on current events and women's issues.