On October 2nd, 2018, Jamal Khashoggi, a journalist critical of much of the Saudi Arabian government, entered the Saudi Arabian consulate in Istanbul, Turkey. After hours passed and he had not emerged, his fiancée tried to reach him, but the guards at the consulate said that it was closed, and no one was inside. Speculation after days of mystery and contradicting signals from the Saudi Arabian government led to international attention towards the disappearance. An intensive investigation by Turkish police revealed that he was tortured for hours, killed, and his body cut up into pieces and taken away by Saudi Arabian agents. This was stated to be a rogue act by agents, not acting through the Saudi government, despite evidence of relationships, meetings, and calls between the agents and high-ranking Saudi officials including crown prince Mohammed Bin Salman.

Mohammed Bin Salman, widely referred to as MBS, became the crown prince of Saudi Arabia in 2017 at the age of 33, one of the youngest leaders in the world. Groomed by his father to be the next crown prince he forcefully replaced the next in line after his father, assuming leadership of the country. MBS is a reformer, believing in modernizing Saudi Arabia past the bounds of imagination with cities built of skyscrapers, marvelous technology, and engineering grand cities built from nothing. Vision 2030 is this plan put into action, an effort to move Saudi Arabia away from its reliance on oil and western money to a self-reliant and long-term sustainable economy. This industry would be phased out by a market of high-tech companies and tourism, hoping to propel Saudi Arabia to a world power not based around their oil reserves while at the same time transitioning the oil market to the private sector, which would reap large monetary benefits from the Saudi government. These changes and movements in this direction have been generally supported by the Suadi Arabian people, being supported by the previously mentioned Jamal Khashoggi. Many social reforms are being enacted as well, with the opening and creation of many concerts, festivals, and other entertainment systems to boost tourism and overall societal freedom in Saudi Arabia. Women and men go together to festivals and outings, women recently gaining the ability to drive. The progress may seem slow, but to many, it is a needed change they are grateful to see at any time.

Although he is a reformer, MBS has proven numerous times how the new Saudi regime handles dissidents. Journalists, activists and anyone mildly critical of the government, as was Jamal Khashogghi, have been kidnapped, tortured, often being forced to resign their position or retract statements. Even high-level princes of Saudi Arabia that disagreed with the absolute monarch were taken away, often with their families to be threatened and forced into submission. MBS’s shrewd political maneuvering led to his power completely encompassing all areas of the government, country, and economy, with no room for dissent. Freedom of speech is nonexistent, with broad social media control and monitoring to keep tabs on any group of people not in favor of the regime.

Many women activists protesting the driving ban that existed previously under MBS’s regime were jailed and tortured, forced to rescind statements, or kept imprisoned indefinitely.  Journalists and average citizens who attempt to expose these realities to the world are quickly shut down and silenced. And while the wealthiest in Saudi Arabia collect Billions in profits, an estimated 20% of Saudis live below the poverty line and struggle to live day-to-day lives.Vision 2030’s plan to transition to the private sector not only included Oil, but public institutions such as schools and hospitals. MBS cut subsidies for natural resources and increased taxes on basic commodities. These changes hit lower classes hard, coming close to doubling the price of gas and making everyday life more and more of a struggle.

What does this mean? Is Mohammed Bin Salman destroying his country with an unrealistic vision of the future? Are the downsides to moving away from oil a reality that must be faced at some point, and MBS is simply making the tough call? Do social reforms and progress taking place excuse the suppression of freedom of speech and the press? The influence of Saudi Arabia on the world and even our own day-to-day lives is important, and understanding the millennial that will rule one of the most influential countries for possibly another half century can help us have a more holistic view of Saudi Arabia concerning its future, the world, and people. 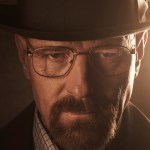 THE ONE WHO KNOCKS

This author does not have any more posts.