During the COVID-19 pandemic, Plague Inc.’s popularity has soared for the obvious reason that people have become more interested in the way that disease is spread. While the cause of the game’s recently increased demand is somewhat disturbing, playing the game has also granted relief to many people. Recently, Plague Inc. has developed a new game mode called “The Cure”, which reverses the usual goal of the game and allows players to practice pandemic response. So, what exactly is Plague Inc.?

Plague Inc. is a single player smartphone game that was originally released in 2012. Traditionally, the main goal of the game is to spread a disease of your creation to as many people as possible within a virtual reality. The spread of the disease is represented by red markers, and players are able to choose disease options such as how it infects people, what type of damage it causes to the human body, and how lethal it is. Players win once humanity becomes extinct, but they lose if humans find a cure.

In March 2019, Plague Inc. announced a new game mode, “The Cure”, that turns the tables by challenging players to stop a pandemic instead of starting one. Players now need to implement tactics such as contact tracing and vaccine research in order to prevent the spread of the disease. Developed with the World Health Organization and Global Outbreak Alert and Response Network, the game has been made to be as realistic as possible and “encapsulates the complexities of a global pandemic response and highlights how crucial international collaboration is needed to address such a threat,” according to CEO Richard Hatchett.

Scientists believe that this new game mode is a valuable learning tool for everyone experiencing the pandemic, as it demonstrates the seriousness of the situation while also teaching players what should be done in order to prevent outbreaks. Plague Inc. has brought relief to many of its players in the light of COVID-19 because it shows that it’s possible to stay healthy and that an end is in sight. “The Cure” will be available for free until the end of the COVID-19 pandemic, so for anyone seeking something to keep them both occupied and learning, this is the game for you! 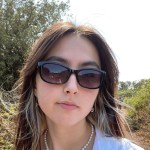