On Tuesday, May 24, a shooting at an elementary school in Texas marked the 27th school shooting of 2022. Officials have confirmed that the whole ordeal at Robb Elementary School in Uvalde, Texas resulted in the deaths of 19 students and 2 teachers, the 2nd largest death count of any school shooting following the Sandy Hook shooting.

The gunman, an 18-year-old, shot his grandmother at her home and drove a pickup truck that crashed at a high speed by a nearby elementary school. He massacred a total of 21 people, all in a single classroom before law enforcement (a tactical unit from the Border Patrol) was able to kill him. Recent reports find that Mr. Salvador Ramos used an AR-15-style rifle in the shooting which was purchased within the last week, right after his 18th birthday. In a press conference on Wednesday, President Biden emphasized his belief that the “Second Amendment is not absolute” and expressed his support for gun safety laws. He has also promised to visit Uvalde in the foreseeable future.

Many gun safety activists have reflected these actions by attempting to convince their fellow lawmakers that the cause of these shootings are a lack of limitations. As President Biden said, “When, in god’s name, are we going to stand up to the gun lobby?” 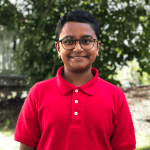 Hello! My name is Krishna Mano and I am an 8th Grader at City Middle School. This is my second year writing for the City Voice. My most favorite hobbies are reading, playing the violin, and programming. I also enjoy writing short stories and newspaper articles. If you have any questions about my articles please contact me at: krishna.mano.thecityvoice@gmail.com.