The World Economic Forum announced that at least 3 billion people could live in places as hot as the Sahara Desert by 2070. Scientists have also stated that conditions could be almost “unlivable” if crucial actions are not taken to stop climate change. Scientists from all over the world collaborated to analyze the rising global temperatures and compare them to past climatic conditions. Their findings revealed that if actions were not taken to reverse damage caused by greenhouse gases, one third of the population would be living in areas as hot as the Sahara is today, an unbearable 84 degrees Fahrenheit. Less than 1% of the world’s surface area lives in these conditions, but that number could rise to almost 20.

It is very important to take climate change seriously and listen to the experts. Extreme weather events could become the norm and cause horrendous events such as droughts, floods, famine and disease. Scientists have also warned that health, food security, and economic growth would be challenged by the increase in global temperatures. As a result, the world’s communities would suffer.

There have been many actions and movements across the world to prevent climate change. Many corporations are starting to think more about how they handle their businesses. Recycling and composting have also become bigger than ever across the globe, and people have become more aware and are spreading that awareness. Despite some of the negative predictions, everyone can make a difference and help prevent these disastrous events. 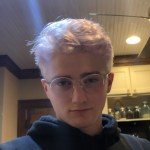 "Khongoryn Els-Gobi Desert-Mongolia" by PnP! is licensed under CC BY-NC-ND 2.0