It has now been a total of 6 months and 22 days since the Russian Invasion on Ukraine.

While this bloody war has raged on for quite some time now the, Ukrainian military has recently taken a turn for the best with their recapture of a Ukranian city by the name Izyum.

Last Thursday, President Zelensky said Ukrainian forces had retaken 1,000 sq km. By Sunday, Ukraine’s figure had tripled to 3,000 sq km, and shortly after had risen to an astonishing 6,000 sq km. However what seems like an amazing feat almost seems impossible in the eyes of any sane human being? What had happened for this sudden regain in land to conclude in a success? This is what happened. Throughout the summer of 2022 Ukraine had formulated a decoy plan, and signal for the Russians to be thrown off by when the time was to come to make their attack on the Russian forces. The decoy plan’s plan was to recapture the Kherson region down south, and liberate the Ukrainian prisoners held captive by russian forces. So when the time had come for Ukraine to make their move like the Ukrainian Defense officers had planned the Russian forces had intercepted the message and prior to the “attack on kherson” they had put resources, and extra defense in that region leaving many other areas weaker than they were before the relocation of defenses on the Ukrainian border. Which was perfect for what the Ukrainian Military had planned for the offensive on Russia’s defensive line. The actual plan of offense for Ukraine was to perform an onslaught on the Russian forces via the northern region near Donbas and recapture Izyum which with ease they pulled it off, because of their decoy plan they had sent to the Russian military.

All around the world right now military analysts have been discussing the operation as a complete success for the Ukrainian side, and have been giving constant praise toward what was Ukraine’s flawless plan giving remarks most similar to this quote told by John Spencer a few days ago

“Ukraine has launched the greatest counteroffensive since WWII” – John Spencer

and even after this success with Ukraine’s counterattack on Russian defenses, analysts from Russia have started to have doubts toward Russian Military with the following being said from Russian analysts:

“To defeat Ukraine with the kind of resources Russia is currently fighting with in a “colonial war format”. There are young conscripts, mercenaries, and so forth and no general mobilization is absolutely impossible.” – A speech done by an interviewee on Russian state controlled tv.

“They have made mistakes” – Ramzan Kadyrov leader of Chechnya

However even with all of these remarks on Russia’s defense to the counteroffensive from Ukraine. Russia’s defense military spokesman Igor Konashenkov simply says that it was “a decision made to regroup” and by the looks of it the defense from russia does not look like a regroup, and with this so called “regroup” we can expect more from Russia in the upcoming months on what they will do next to counteract this quite embarrassing loss.

Recently News has spread that the German chancellor Olaf Scholz himself had an interview with Putin himself on the matter of the Ukrainian war. Mr Scholz had told reporters that he urged Mr Putin to withdraw troops and re-enter negotiation with Ukraine on the matter.

He asked for Russia to respect the sovereignty of Ukraine,

and had said that withdrawal of Russian troops from Ukraine would be the only way for “peace” to have a chance in this region. However, unfortunately Putin has not changed his stance on the matter and is planning on continuing this war to the end, and with this decision Zelensky the President of Ukraine vows to see this war to the end as well, and take back all Ukrainian territory still occupied by Russian forces, he does not know when this will happen, but insures that the “truth is on our side”.

While huge steps forward have been taken in the Ukrainian war with Ukraine’s successful counterattack on Russia to regain Ukrainian territory, more is still expected to come from this war coming from both Ukraine and Russia. However, while we can not see what is to come of this war in the future We can only watch as these great military powers battle for Sovereignty as a country, or Power over another, and as we spectate these powers battle we can only hope that what comes of this war in the future is peace from both sides, and knowledge gained that we can use to improve not only improve ourselves as people, but to as well improve the world as a whole. 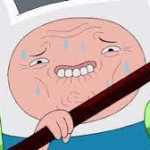