As the longest reigning monarch dies, a new one tries to take her place. Let us step back to the life we were not around for. The life of Elizabeth Alexandra Mary Windsor, the late Queen of the United Kingdom.

For me Elizabeth was immortal, or someone who kept carrying their life for a long period of time. I share a birthday with her and while that might be irrelevant to you, it was nice to know someone else falls into the same anniversary known as a birthdate. As all news companies strive to put something together, this comes in days later. The life of Lilibeth, the young girl who couldn’t pronounce her name, to the woman who many saw as their queen.

The coronation, taking place on June 2, 1953, in the eyes of millions through the screen in many homes. Elizabeth’s father died more than a year before this crowning, making her 27 when her crowning ceremony took place in Westminster Abbey, London. When being broadcasted live on television, 27 out of 36 million people in the United Kingdom watched and 11 million used the radio to listen in.

October 21, 1966, delaying her arrival by a week to the mining disaster that took place in Aberfan. Killing 116 children and 28 adults at an elementary school in a South Wales village (Aberfan), though Prince Philip arrived a day after the traumatic event, Elizabeth later on regretted leaving a week later.

The marriage of Princess of Wales and Prince Charles, July 29, 1981. Being known as the start to a tough and rocky relationship, Lady Diana Spencer and the eldest son of Elizabeth wed at St. Paul’s Cathedral. Around 750 million people in more than 70 countries tune in to watch the adored Diana, and Charles (the new king of the United Kingdom). What I wonder is how she was treated by his mother, or the queen.

2002, the death of her sister Margaret and mother, following her 50th year ruling England. The Golden Jubilee was celebrated by Queen Victoria and Elizabeth became the next British monarch to do so. Queen Elizabeth II traveled  around the world in the anniversary spirit, including Australia, New Zealand, Canada, and the Caribbean. Traveling around the UK to visit 70 cities and towns.

2018, the matrimony between Meghan Markle, a divorced, biracial American Actress and Prince Harry (Son of King Charles III and Diana, Princess of Wales). 2 years later making an announcement of stepping back to the role as senior royals by the Duke (Harry) and Duchess of Sussex (Meghan) in 2020. 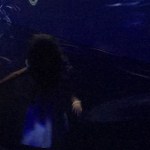 A student interested in writing for new or old topics, and a student who likes to read, write, and making strong arguments.