The 2022 Fifa World Cup has started in a very exciting way, with numerous upsets and intriguing games. Saudi Arabia vs Argentina was the first huge upset. Argentina ended the first half with a goal up, but the second half was not in their favor. They conceded two quick-fire goals and they ended the game 2-1 to Argentina. This was surprising to all fans. given that Argentina were favorites to win the whole competition. Saudi Arabia on the other hand were not favored to progress past the group stages, so all were surprised by the result. The second huge upset was Japan vs Germany. Germany were once the most powerful nation in the world for football, and to lose to Japan was yet another fall from grace for them. The third and final huge upset was Belgium vs Morocco. Belgium were on fire last World Cup and made it to the semi-finals before losing to France. They were expected to go far in this World Cup but they lost to one of the weakest sides in the World Cup and now may not qualify for the knock-out stages of the competition. This World Cup has been filled with surprises and many, like I, are looking forward to what is ahead. 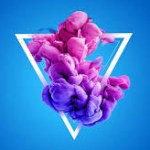