A part of feminism that often goes overlooked is trans-exclusionary radical feminism. This is inherently negative and contradictory. These are often women who believe that trans women are trying to “take over” female spaces, which is not the case at all. If they are trans women, they are women who belong in women’s spaces. An infamous TERF that has been in the news lately is Marjorie Taylor Greene, a congresswoman from Georgia who put an anti-trans sign up by her door to antagonize a person who had a transgender child after the other had put a transgender flag by her own door. Greene’s sign said, “There are TWO genders, MALE & FEMALE. ‘Trust The Science!’” Marjorie Taylore Greene is an example of a woman in power who does not have the interest of other women in mind, and how not every woman in power is a good thing. Just because a leader is female, does not make them “good”, she must prove she has the best of interest out for other women, and is intersectional in her feminism. 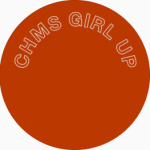 Written by members of the City High Girl Up Club.

"No Known Restrictions: Suffrage Parade from the Bain Collection, 1913 (LOC)" by pingnews.com is marked with CC PDM 1.0