The 2017 film Jumanji has everything you could want in a movie, especially comedy. This movie can take serious and scary scenes and make them ridiculously funny. There are a few jump scares and many moments where you are hanging on the edge of your seat. The movie is far from being a thriller, but they have introduced a scary aspect into it.

The movie is about four teenagers who get sucked into a video game where they are in the jungle and trying to save a civilization called Jumanji. They definitely have the adventure aspect covered! Along with great music and effects to add suspense, the movie also stars talented actors such as Jack Black and Dwane Johnson. This movie really fires on all cylinders and has a great plot. I would definitely recommend watching this if you have not already, and if you have, check out the next film in the series: Jumanji: The Next Level. 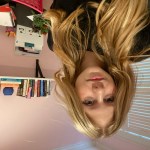