The metaverse. We’ve heard of it, seen it talked about on TV. Heck, maybe we’ve even experienced it, but the fact is that it’s a very loose term. What is the metaverse, and what’s the military doing with it? For starters, the metaverse is “characterized by persistent virtual worlds that continue to exist even when you’re not playing,” according to a Wired article titled “What Is the Metaverse, Exactly?” It’s almost impossible to put a specific definition on the word “metaverse” since it’s such a broad term. It can include augmented reality, virtual reality, to things such as your own smartphone or chat rooms like discord. Now that that’s out of the way, what does the Military want with the Metaverse?

Well, thanks to the powers of 3D simulation and video game graphics, fighter pilots can now simulate dogfights against virtual opponents. This technology that the U.S military is using is created by a special company called Red 6, and they say that “this delivers a far more realistic test of a pilot’s abilities than a conventional flight simulator.” We can fly against whatever threat we want,” Daniel Robinson, the founder and CEO of Red 6 says. “And that threat could be controlled either by an individual remotely or by artificial intelligence.”

Now, because it’s the Military, Red 6’s technology must work in harsher conditions that you get out in the field rather than a nice living room for your Oculus headset. “What we’re building is really a military metaverse,” Daniel adds. “It’s like a multiplayer video game in the sky.”

Simulations, however, aren’t the only things that the Military is utilizing. New high-tech helmets for the F-35 fighter jet includes an AR display, giving the pilot statistics and data about their surroundings and their target. Yes, AR and VR has been a thing in the military for years now, however it’s only just recently that the U.S military is taking interest into creating virtual worlds and combining virtual worlds, which is one of the basic concepts of the metaverse. Just this December in 2021 there was a high-level conference held by the U.S Air Force which involved over 250 people in locations from U.S to Japan, with everyone decked out with VR Headsets in a virtual environment. The metaverse is still quite a broad term, however we are slowly finding ways to integrate it into humanity. 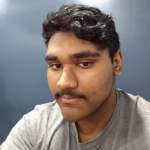 Editor in Chief at The City Voice | 1st Place Video Interview | MIPA 2021-22 Division 1 Digital Media Contest
Hey there! My name is Sparsh Aiyar and I'm the editor in chief of The City Voice. I also make videos on our YouTube channel, so please make sure to check that out! I'm a huge music nerd and I play a lot of guitar so if you also like guitar, feel free to reach out. If you have any questions about the City Voice, please feel free to contact me via gmail, I would be more than happy to help!
Subscribe
Login
Please login to comment
0 Comments
Inline Feedbacks
View all comments

"Military Police Practice Medical Evacuations [Image 2 of 3]" by DVIDSHUB is licensed under CC BY 2.0. Copy text