There are other worlds. That’s the idea behind Marvel’s What If, an out of the box addition to the Marvel Cinematic universe that plays with other possibilities in the canon’s complicated lore just to see what would change. And it offers answers to some big questions.

In an attempt to explore the multiverse opening within the MCU, a new show has been airing called What If. Starting on August 11, 2021, episodes have been released every Wednesday, asking a new question each week and altering the Marvel universe in ways you might not always expect. Fans will be in for surprise twists too, so watch for iconic characters and familiar situations as you dive into the multiverse guided by the Watcher. Because of this, the show has no singular plot line to follow up until the end. We here at the City Voice have varying opinions on this new show, so in order to cover all viewpoints we will be discussing the pros and cons of What If? Micaiah will be covering cons and I, Maya, will be covering pros.

Con: It is a TV show made up of episodes, which makes it a little harder to follow because there is less detail.

Pro: While I think that is a very fair con, I think the lack of detail makes it intriguing, leaving the viewer to ponder what could be.

Con: It’s animated – nothing in the MCU has ever been animated, so it’s not necessarily bad, but it is different.

Pro: It’s unique. It’s cool to see Marvel Studios undertaking new and ambitious projects and pushing the boundaries of what they’ve done before.

Con: It changes the entire MCU storyline in only the first episode, so it can be a little hard to follow.

Pro: For fans who know what is currently happening in the MCU (the breaking of the timeline), this is a way that we get to explore the greater multiverse that Marvel has opened in their other shows. It is a way to better understand the scope of what is to come next.

Con: Rushed storytelling – because each episode is different, we don’t get as much detail in each episode because they can only be so long, making each different story really short. If episodes were continuous, we might get to see a little more of what happens.

Pro: Many stories. Because of the show’s fast paced nature we get to see multiple different stories play out.

In the end I think it is safe to say that What If is a show for the fans. It is not a show that a first time viewer can make sense of and may leave the casual viewer of the MCU confused, but for those fans of the MCU that know more of the backstories it can be an engaging viewing experience that answers questions you might have had and some that you would have never considered but are fun to explore. All episodes of What If have aired and are available to watch on Disney+. 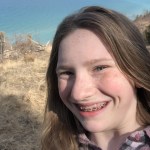 I am a Senior at City and I normally write the weekly book reviews! If I'm not reading, you can usually find me at the barn riding and taking care of the horses.